Licensed travel company based in Marrakech. We organize private culture and desert tours,day trips and also trekking in Atlas mountains in Morocco. 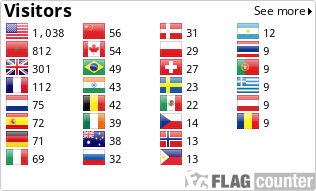 BEST PLACES TO VISIT IN MOROCCO

Merzouga is a small village in southeastern Morocco not too far from the border with Algeria. It’s on the tourist route because of its proximity to Erg Chebbi, sand dunes created by winds that reach up to 150 meters (500 feet) high. Travelers looking for a unique experience might want to take an overnight camel ride through the wavy, deep reddish-orange dunes. Most group tours end up at a pre-setup camp at the base of some very large dunes, where the various tour operators have their Berber tents set up. Dinner will be cooked here, perhaps some music played, and visitors can frolic on the sand dunes under zillions of stars.

The High Atlas is a mountain range that runs from the coast of Morocco towards Alergia. The range includes Toubkal National Park, which contains the Morocco’s highest peak, Jbel Toubkal (4,160 meters/13,670 feet). The Berber village Imlil is a good place to start the climb of Toubkal. The tallest mountain range in North Africa, the High Atlas offers outdoor recreation opportunities year round, from snow sports in the winter to hiking in the summer. One of the best places to visit in Morocco is the Todgha Gorge in the eastern part of the High Atlas, near the town of Tinerhir. Both the Todgha and neighboring Dades rivers have carved out steep cliff-sided canyons through the mountains. The last 600 meters (2,000 feet) of the Todgha gorge are the most spectacular. On the edge of the High Atlas Mountains is Aït-Benhaddou, a traditional Mud Brick city that has appeared in many movies including Lawrence of Arabia and Gladiator.

Situated on Morocco’s Atlantic coastline, Essaouira is one of the nation’s most popular beach destinations. White-washed homes sporting cobalt blue shutters provide a scenic backdrop for breezy seaside adventures, which include kitesurfing and windsurfing. The city’s medina features crafts made using centuries-old techniques, including thuya wood carving and cabinet making. Essaouira, formerly called Mogador, is a natural port. It’s been prized as such since the 1st century, when the protected bay provided anchorage for Romans trading for the purpura shells.

Chefchaouen might just as well be called the blue city because it’s filled with – what else? – buildings in various shades of blue. Located in northwest Morocco, Chefchaouen is close to Tangier, making it a popular tourist destination. It’s popular with shoppers who can find Moroccan handicrafts, such as woven blankets, not found elsewhere in the country. Goat cheese also is popular, but most likely doesn’t top the popularity of kief, a part of the cannabis plant, that is openly sold in shops.

Fez, or Fez, is a former capital of Morocco that is now the country’s third largest city. Home to University of Al-Karaouine, the world’s oldest university, Fez is an ancient city that still retains two old medinas. Travelers may want to begin their visit by walking through the Fez el Bali medina, where goods are transported by donkeys and handcarts. With a population of about 150,000 inhabitants, the medina is the largest carfree urban area in the world by population. Traditional adobe homes and courtyards ornamented with mosaic tiles line a maze of narrow streets and alleys filled with souqs and shops. Fez is also famous for dyed leather goods. Several places are limited to Muslims, but just viewing the striking exteriors makes the trip worthwhile.

Formerly one of the country’s imperial cities, Marrakech is sometimes referred to as the Red City because of its sandstone buildings. During the 1960s, Marrakech was known as a “hippie mecca,” attracting famous celebrities such as The Beatles, Yves Saint Laurent and the Rolling Stones. Comprised of beautiful old architecture and courtyards of orange, palm, apricot and olive trees, Marrakech today is still one of Africa’s most popular tourist destinations. The best way to sample its charms is to take off walking through the medina: watch a snake charmer, haggle over an old carpet, eat local delicacies such as sheep’s head or have a massage in a public bath. Other possibilities include strolling through the Jardin Majorelle, a botanical garden that blends art deco and Moorish features, and sipping mint tea at a traditional tea house.

Have you ever wondered where Hollywood gets some of those perfectly arid desert scenes from? Chances are some of your favorite desert classics have passed through Morocco at some point during their filming. It’s a country that’s been welcoming Hollywood directors since the ‘60s, and the town of Ouarzazate has been at the center of it all. From here you can take tours through the sets and locales of famous blockbuster hits: Cleopatra, Kingdom of Heaven, Sahara, Lawrence of Arabia and even the current filming of the HBO series Game of Thrones.

The Dadés Valley runs between the High Atlas to the north and the Jebel Sarho to the south. Sometimes called ‘the Valley of the Kasbahs’, dozens of fortress-cities litter the route as a reminder of the civilisation that once flourished here. It’s the most barren of the southern valleys, which makes palm-strewn oases like Skoura all the more beautiful, and dramatic, twisting gorges like Dadés and Todgha all the more spectacular.

Ouarzazate is a town primarily known for its on-screen exploits; Lawrence of Arabia, the Asterix movie and Ridley Scott’s Gladiator were all filmed here. The town is inhabited mainly by Berbers, who built many of the kasbahs characteristic of the area. Venture out of the town into the biblical landscape of the Draa Valley, however, and you find Morocco in the raw, just a hop, skip and a sand buggy away from the Sahara Desert.

Tangier is a city that has changed hands more times than it cares to remember, and African and European sensibilities battle with each other in its jumble of architecture, ancient alleyways and mixture of coastline and Kasbah. The Grande Mosquée and little cafés in the Petit Socco sedately remain much as they did at the early part of the last century, but a visit to the terrace of the port-side Gran Café de Paris (Place de France, Ville Nouvelle, no phone), and one coffee and pastry’s worth of people-watching, leaves you in no doubt that this is a city still very much at the hub of human movement.

Morocco's number one Roman ruin is a feast for history-lovers with a clutch of remarkable mosaics still interred where they were unearthed. This site is also full of tumbled columns and temple remnants, standing as reminders that even the greatest empires eventually crumble. The hilltop location allows the ruins to lord over the surrounding countryside, adding to the romantic ambiance of lost glory. This tourist attraction can easily be visited as a day trip from either Meknes or Fez.

During the whole year with